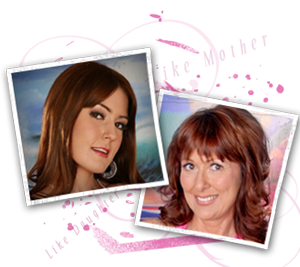 So I was super tired after last weekâ€™s funnessâ€¦ So super tired, in fact, that I had to go on vacation! Just kidding â€“ I had had plans to go to New Mexico for weeks, and it just so happened to fall right after all the Cal-OSHA stuff.

Regardless, vacation is a time to step away from work and whatnot, which I definitely did, but when I got back to the real world on Wednesday night, I was surprised (not really) to find vestiges of the Cal-OSHAness still boiling.

NPR did a story yesterday about the condom-only/barrier protection issue I have been discussing, but they included a dimension that I chose not to explore last week â€“ the lawsuit filed on June 28, 2010 by former talent Diana Grandmason and her daughter Bess Garren (also former talent) against Adult Industry Medical (AIM) for alleged violations of medical privacy laws. (for NPR’s story in full click here)

Internally initiated and regulated industry mandates require talent to undergo monthly STI testing, and talent must present evidence of being STI-free before they can work. Test results, the â€œevidence,â€ must come from AIM. This mandate is, in part, an attempt to centralize the industryâ€™s testing processes and safeguard against potential test tampering.

Grandmason and Garren, who performed under the names Desi Foxx and Elli Foxx respectively, worked as talent both separately and as a mother/daughter team from 2007 – 2009. Like many other performers, they tested with AIM during that time; and, like anyone else engaged in this system, they signed release forms permitting AIM to share their test results with the producers from whom they were seeking work. But now Grandmason and Garren have filed a class action lawsuit against AIM. (pictured above: Bess Garren/Elli Foxx and Diana Grandmason/Desi Foxx)

According to NPR, Grandmason alleges that someone who claimed to be a producer pulled her information (from AIM) and sent it to a popular industry blog, where it was subsequently posted it online.

Now, taken at face value, Grandmasonâ€™s tale does sound like a scary situation for sure. I for one wouldnâ€™t want my tax records and credit reports all over the interwebs. But scratch the surface just a bit and the scary situation becomes more conspiracy theory-like interesting than anythingâ€¦

First off, if you allow AIM to release your information to producers, and then a producer accesses it and spreads it all over the web, shouldnâ€™t you be suing that producer and not AIM? Isn’t that kind of like suing the bartender after you get a DUI/DWI? Both sound a little like trying super hard to point the finger at someone, anyone… anyone at all!!… after doing something you may feel had been a mistake.

But all that aside, consider this series of events: AIDS Healthcare Foundation (AHF) initiated the original complaint against adult film producers in regard to barrier protection with Cal-OSHA some months ago. Then, Grandmason and Garrenâ€™s lawsuit was filed the day before the first Cal-OSHA hearing last week. And who is representing Grandmason and Garren pro bono? Well, that would be AHFâ€™s lawyers.

The lawsuit and AHFâ€™s efforts towards barrier protection are clearly linked. NPR even quoted AHF president Michael Weinsteinâ€™s assertion that the lawsuit is part of a bigger safer-sex message. “This could be ended today if the industry would agree to condom use,â€ he said.

Umm whoa, but not because the links between the two are surprising. Whoa because of AHFâ€™s blatant exploitation of Grandmason and Garren. Although â€“I admit it!- I do find myself a little skeptical of Desi and Elli, it is possible that their information was released to parties/entities beyond those named in the test results releases they signed. And it is even possible that AIM did it on purposeâ€¦. Possible, but not probable.

This situation smacks of exploitation… exploitation on the part of more powerful entities on a mission (Weinstein & AHF) looking for a few extra-juicy stories to sensationalize and distract from the real issue at hand, and a pissed off mother-daughter circus act fits the bill just fine (can you say Devil’s Film’s 2008 gem Wanna Fuck My Daughter Gotta Fuck Me First 2).

Whatâ€™s that all about? Well youâ€™ll just have to read the Uncovered piece about Linda Lovelace (sheâ€™s so hot right now, what with the to-be-incarcerated LiLo tapped to play her and all) to find out!

For even more detail on these events, goÂ here.