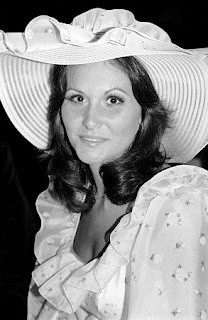 Many years ago, I believed the intro fem studies-type hype about Linda Lovelace â€“ a tragic case of life leveled by pornography. But fewer years ago, when I actually did some research, I developed a more nuanced understanding of a womanâ€™s life leveled by severe physical, sexual, and emotional spousal abuse.

Given the mystique that still surrounds the late Linda Lovelace; all the press about the pending biopic Inferno: A Linda Lovelace Story; and Diana Grandmason/Desi Foxxâ€™s and Bess Garren/Elli Foxxâ€™s AIDS Healthcare Foundation-sponsored class-action lawsuit against Adult Industry Medical (AIM), I feel that Linda Lovelace is the perfect topic for my first installment of Uncovered.

Deep Throat was the first adult feature film â€œtalkie,â€ and it is absolutely ridiculous (silly). In it, Linda Lovelace â€“who is playing â€œherselfâ€â€” has been doing a whole lot of fucking but is still dissatisfied with sex. She wants to feel â€œdams burstingâ€ and â€œbells ringing,â€ but those things just arenâ€™t happening. Eventually she takes her problem to a local physician, who finds that her clit is mysteriously located in her throat and itâ€™s no wonder vaginal penetration isnâ€™t doing it for you honey, duh! The doctor cleverly prescribes deep throating as much cock as possible (including his) because, you know, thatâ€™s how she gets off (it makes perfect sense, really). So Linda goes around doing just that, occasionally dressed as a nurse; at one point she shaves her pussy. What? Exactly.

All the while, during the filming of Deep Throat, for years before and for almost a year after, Boreman was being severely abused by Traynor. She eventually managed to escape in 1973 and went into hiding for several months. When she emerged from hiding and attempted to cultivate a career in the mainstream film industry, she was offered very little work, none of artistic merit or quality, and all requiring some degree of simulated sex and/or nudity. Boreman refused most of these roles.

Broke and extremely stigmatized, she eventually married her childhood friend Larry Marchiano and published an account of her life as Linda Lovelace, Ordeal, in 1980. In an effort to garner attention for Ordeal, Boreman made a promotional appearance on the Phil Donahue show. This appearance facilitated her connection with Gloria Steinem and an emerging legion of feminist anti-porn activists.

You see, while Linda Boreman was working to rebuild her life during the mid-to-late 1970s, many feminist activists and scholars were critiquing what they found to be sexist and violent imagery in US culture and media; this included the imagery found in adult content.

These critiques came in many forms, including work by the activist/protest collective Women Against Pornography (WAP), which was formed in New York in 1979. Linda Boreman became a prominent spokesperson for the organization via her connection with WAP-supporter Gloria Steinem.

When anti-pornography feminist activists and scholars developed a city ordinance demanding all â€œpornographic materialâ€ (exactly what constitutes â€œpornographic materialâ€â€¦who knows) be outlawed from Minneapolis, Minnesota in 1983, members of Women Against Pornography, including Linda Boreman, testified on its behalf. Much of Boremanâ€™s testimony from the Minneapolis Proceedings would reappear a few years later, this time as key testimony in 1985â€™s Meese Commission.

In spite of the involvement of many notable persons, the clear ringer of the entire Meese Commission process was the starlet of the new pornographic age, Linda Boreman, who had now become a vehement anti-porn activist. And not surprisingly â€“ this poor womanâ€™s brains were probably so scrambled from the abuse she endured at the hands of Chuck Traynor that she needed some kind of outlet for sure.

Boremanâ€™s graphic, tragic, and extreme account of a life (supposedly) leveled by pornography provided radical feminists and conservative politicians a flesh and bone example of how destructive adult content and its production (supposedly) actually were. Perfect for the Meese Commission!!

Reliance on this one example, however, is perilous at best for two reasons. First, by her own account, Boreman was in no way abused or coerced by members of the adult film industry. This was done by her husband, Chuck Traynor. Second, Boremanâ€™s account speaks to her experiences in the adult industry only. Assuming she had been abused or coerced by members of the industry (which she, by her own word, was not), one personâ€™s story cannot be used to characterize an entire segment of society.

This reminds me of some of the anecdotal, one-time-only information that was being relied upon by some scholars and public health officials at the Cal-OSHA hearing on June 29th… in so many ways, how in the world is this acceptable?

The use of Boremanâ€™s life story by feminists and conservatives as an exemplar during the Meese Commission was inappropriate, overbroad, manipulative, and exploitative. It is interesting, however, to consider the degree to which each group attempted to capitalize on the celebrity and tragedy of Linda Boreman in order to further their respective causes. And this, unfortunately, does not seem too far removed from what the AIDS Healthcare Foundation is doing with the Grandmason/Garren suit against AIM.

Linda Boreman died in the Denver Health Medical Center on April 22, 2002 from injuries she suffered in a car crash on April 3 of that same year. By all accounts, her life was so so sadâ€¦

But then again, who am I to judge â€“ she had two kids and 22 years of marriage with Marchiano before they divorced in 1996; she got to go to the Oscars, which I doubt I’ll ever get to do (not that I want to after the 2009 selection debacle); and, for better or worse, she did have an amazing skill that many have tried to emulate (although I certainly feel it necessary to call attention to all the gender and sexuality inequality issues that may somehow compel people to willingly swallow an entire penisâ€¦ but thatâ€™s another blog).

I hope that when LiLo, who has been tapped to play Linda in Inferno, finally gets her act together (not to be a jerk, but come on honey â€“ I canâ€™t imagine what it would be like to have your skuzzy dad and/or those boobs as an early adolescent, but enoughâ€™s enough already!!) the film doesÂ her story justice. Because even though Linda Boreman wasnâ€™t the prettiest, classiest, or smartest lady out there (which are all horrible subjective assessments, I know), and even though she lashed out at all the wrong people and got fully worked by pretty much everyone she trusted in life, she was still a survivor. 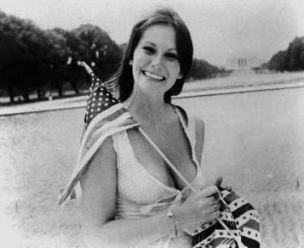